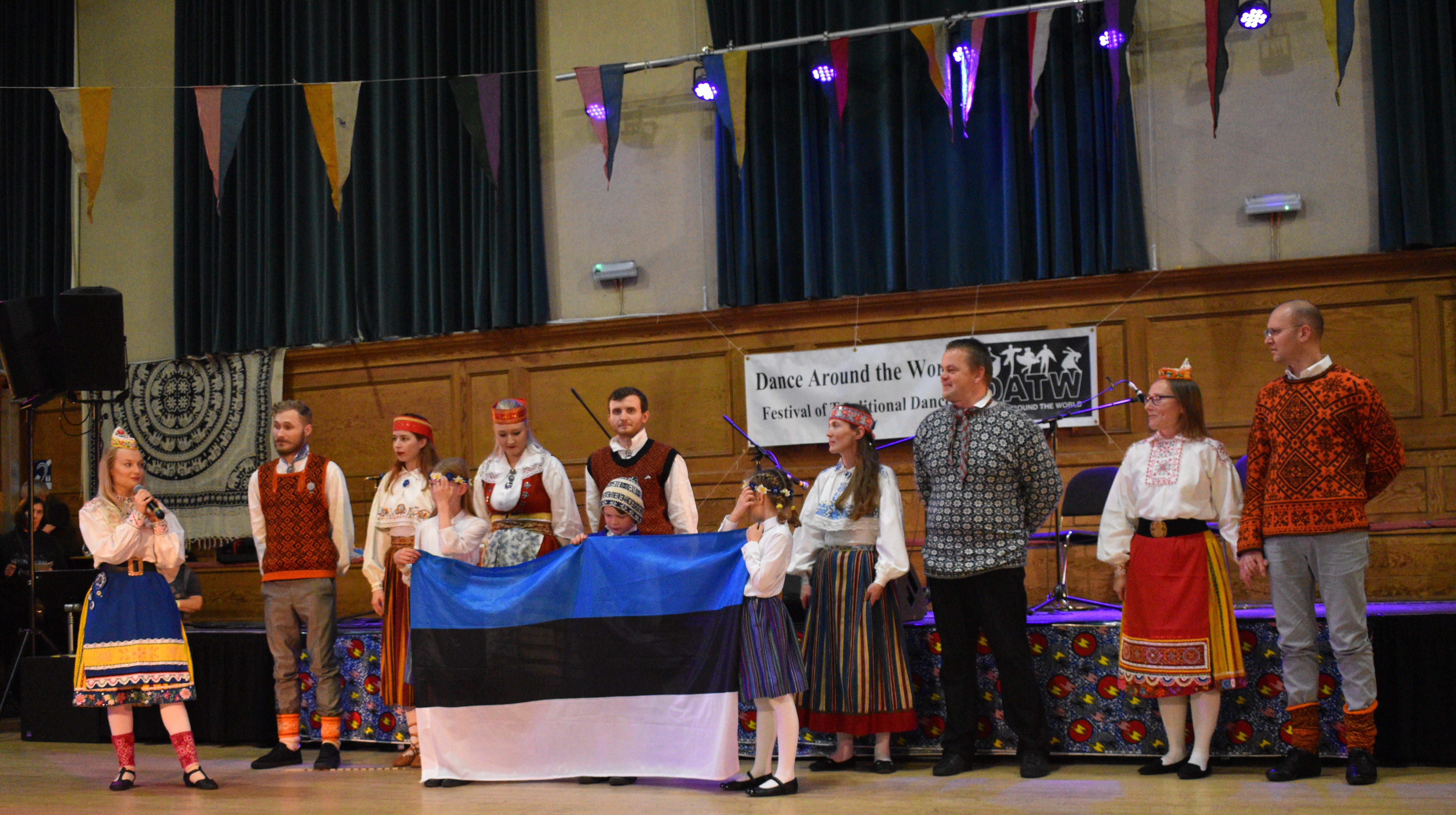 Estonian Folks performed Dance Around The World festival in London.

In two exciting and energetic days of dance, performers and teachers provide a non-stop programme of extraordinary variety from 10.00am to 11.00pm each day of the festival!

For Estonians it was already 7th time to participate.

Folks has been practising hard since September 2018 to get qualifyd to national big event Uldtantsupidu, that happens only every 5 years. We are happy to announce that Folks hard work had paid off and Estonian Folks performed at festival with 2 groups:

Fuengirola's International Culture Fair 2019 reached its 25th anniversary, and it toke place at the Fuengirola Fairground starting the evening of Tuesday 30 April, and ending 5 May.

Estonians abroad practice hard for the audition to perform on Great Dance Festival in Tallinn.

Estonian Folks international 2 groups: a Mixed group and a Family group are practising hard to learn all the required dances to get to perform in The Great Dance Festival in Tallinn, that is held in every 5 years.

Estonians gathered in Leicester, United Kingdon to celebrate together our dancing and singing traditions.

Folk dancers from London performing together with new  Estonian Folks group called Must List, Tallinn,  in festival "Sajaga Seltsis" (Together with hundred)

Estonian Folks collaborating with London Estonian Society worked hard over a year to put together an exhibition that presents old Estonian folklore costumes that were made after II WW in London.

Aili Eistrat (born in 1921) was long-standing teacher of Estonian folk dance in London.

She was taught dancing by Ullo Toomi from 1934 to1944 and later by Anna Raudkats.

Keeping her teachers notes in mind, she led a folk dance group in London over 40 years.

This year folk dancers got chance to try modelling with exhibition pieces from "Estonian Folks Costumes in London".

Estonians in London too!

Folk dancers in London and their friends made fun hiphop video to participate in Estonian 100 project Estonia is dancing.

This spring was time to wonder around in Montenegro.

On February 14-17 2018 was Estonian Days in Prague to mark the 100th Anniversary of the Republic of Estonia.

Oslo and London folk dancers performed together at Dance Around The World Festival 2017 in London. Long weekend full of dance, workshops, performances and social events!

Estonian folk dancers from United Kingdom, Neatherlands and Estonia had a dance camp at Ibiza.

What a nature! Amazing people! And ofcourse a lot of dancing - UNESCO proclaimed Kihnu's cultural space and traditions as a Masterpiece of the Oral and Intanible Heritage of Humanity.

This incredible island's virtuousness relies in hard-working and stubborn women in Kihnu.

Kerli Liksor, who organized the event, is sharing the fun experience.

Folks at Folk and Wine Festival in Szeged, Hungary

Read about Estonian Folks adventure to the Szeged, city called ‘the city of sunshine’

to a Wine and Folk Festival in Hungary.

The first time out loud

Estonian Folks is group of activists who have grown out from London Estonian Society Folk Dance group.

For the first time we can say Estonian Folks is independent group of folks who enjoy folk traveling, dancing

and organising events together.