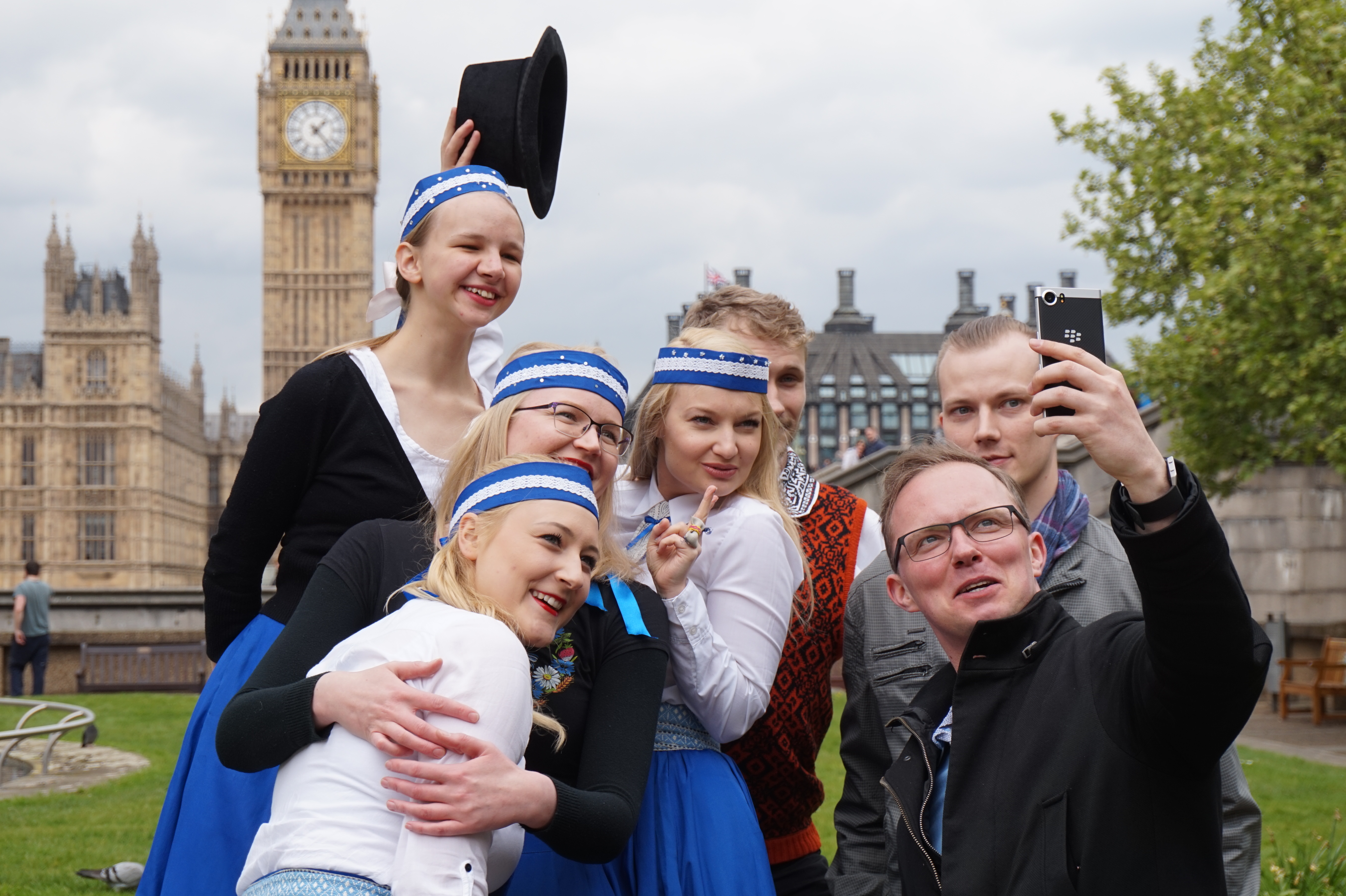 From Trafalgar to Leicester Square, Piccadilly Circus. Through Regent Street to The Mall and Buckingham Palace

and were settled down at St James's Park around 5pm. 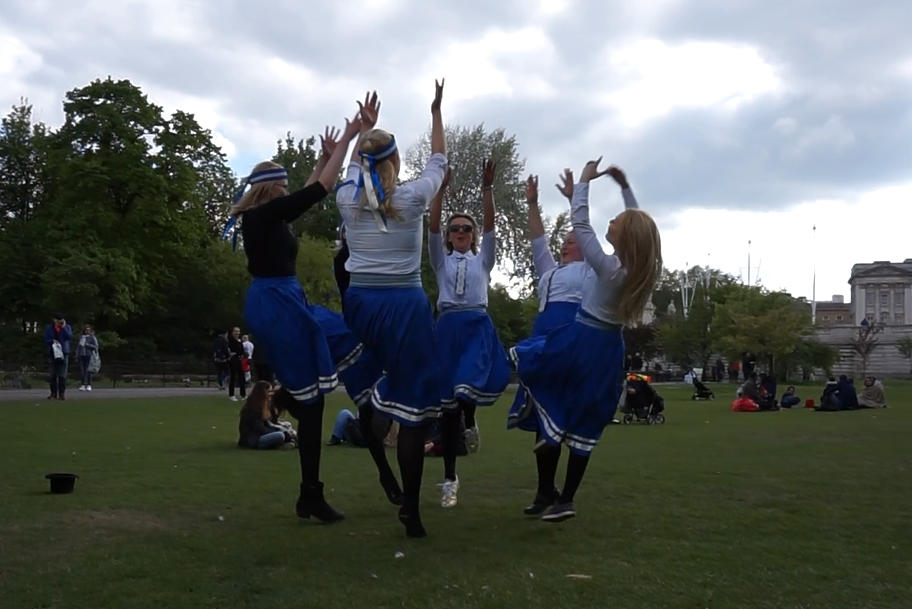 "What a fun day it was", said Estonian Folks founder Marje Remmet. "I just love that kind of sudden acts. Adds sparkle to a regular training routine. Lot of great memories were made this year dance day", is Marje pleased with the outcome. 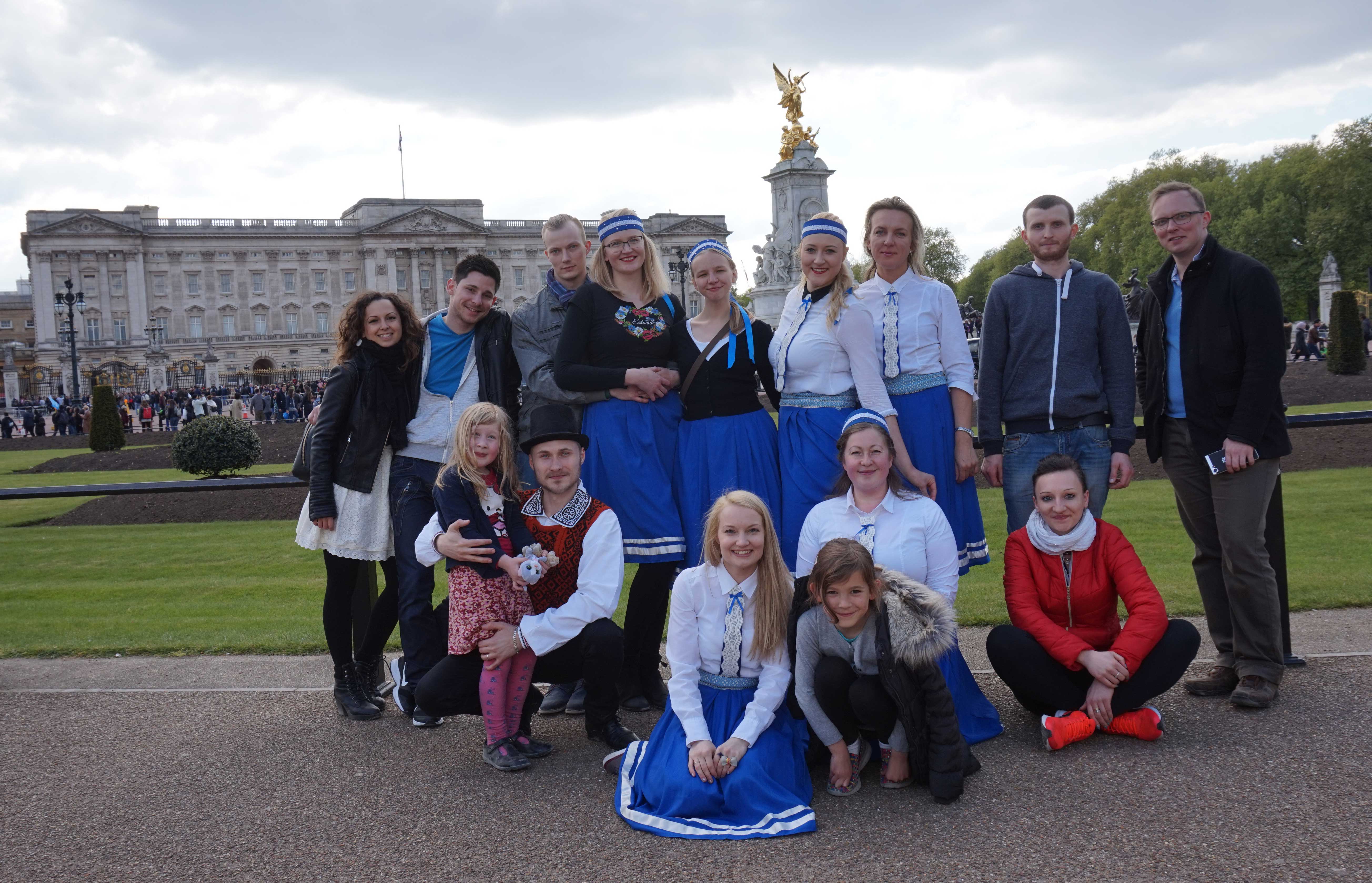 About the last year celebration in London you can read from Estonian World.